Hundreds of Catholic school students across Western Sydney and the Blue Mountains have been LIFTED in their faith and ministries.

This year, the Diocesan Bethany Centre Chancery building was transformed into a TV studio with the special guests and performers zooming into classrooms around the Diocese. 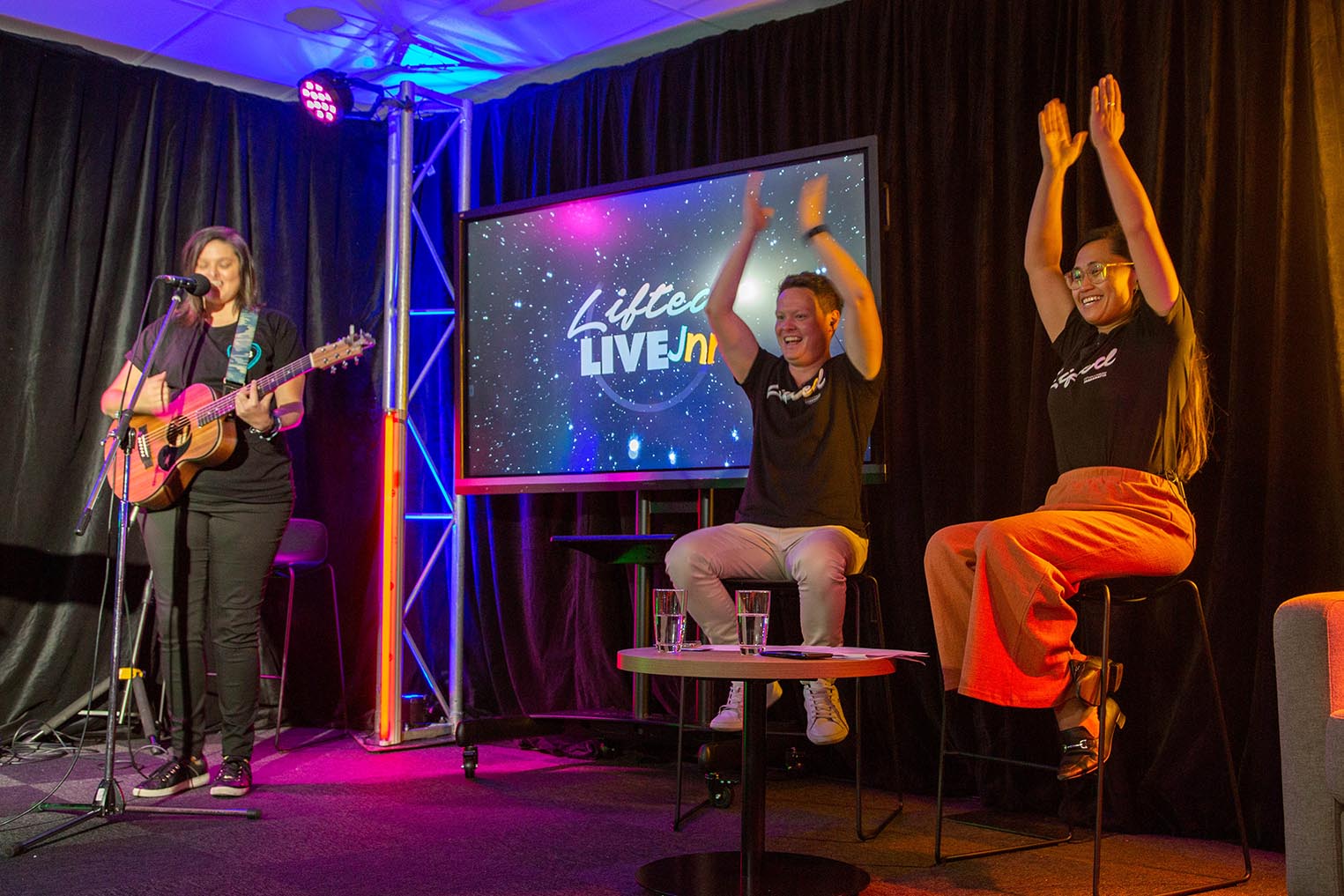 
The in-house team were joined throughout the week by special guest performer, Melbourne singer-songwriter Gen Bryant.

On Tuesday 23 February, over 1500 students from 24 schools tuned in to LIFTED Live Jr to gain an experience of their local church, being the Diocese of Parramatta.


Throughout the session, students were asked to reflect on the theme of accompaniment, and what it looks like in their schools and families. 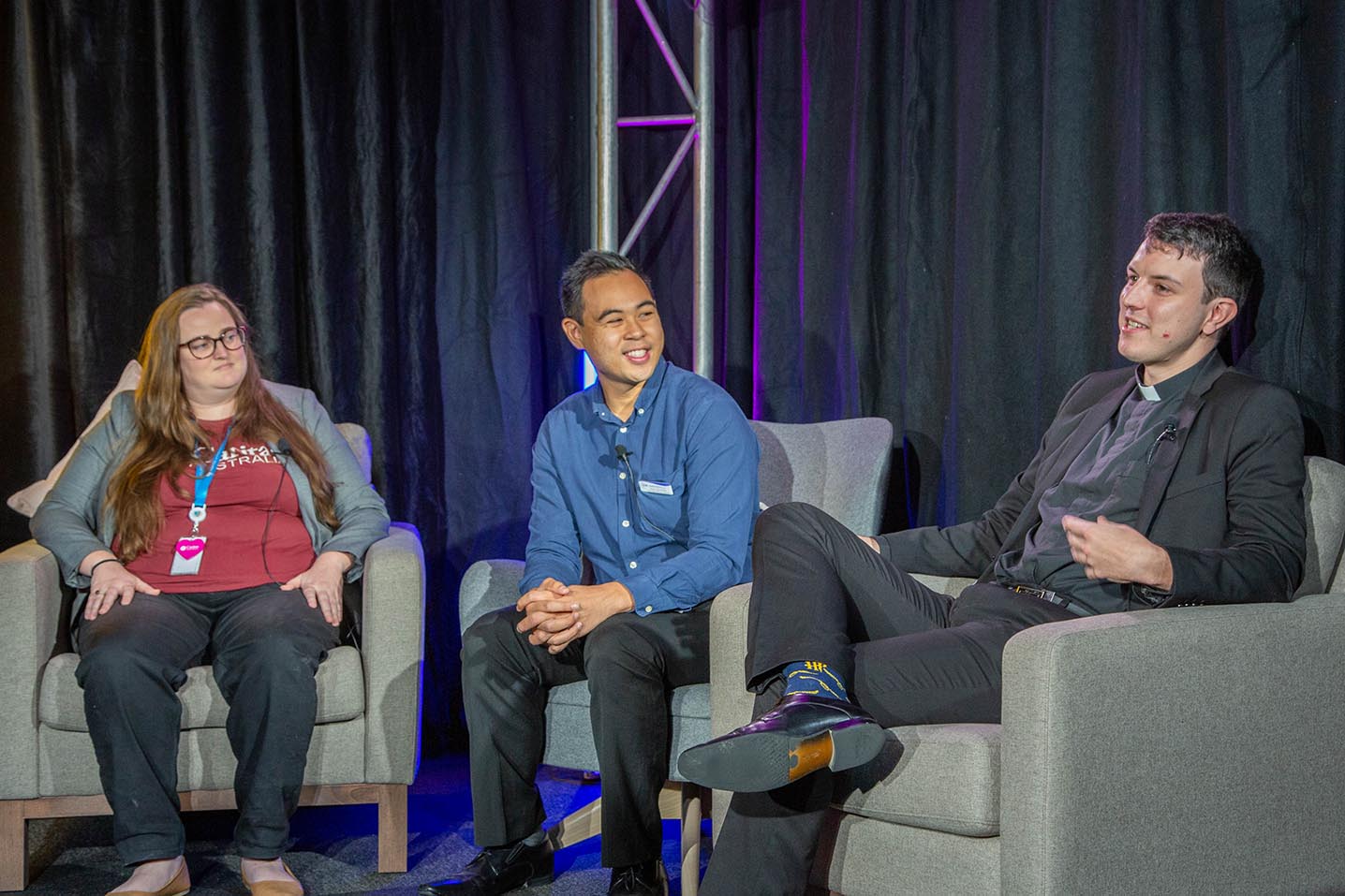 
Patrice described accompaniment as developing relationships over the long term, and really caring about somebody.

Deacon Andrew said that accompaniment to him means trying to be like Christ and to be Christ for others.

Ryan hoped that the students really took to heart Jesus’ teachings of treating others as you would want to be treated.

Students from St Joseph’s Primary School, Kingswood, said it was exciting to interact with other schools during LIFTED Jr sessions, and reminded them what they can do for others.

Jonas, a Year 6 student from Our Lady of the Nativity Primary School, Lawson, said that LIFTED Jr was very exciting, and it was great to be a part of the Diocese.

“Even though it was on Zoom, it still felt like we were there,” Year 5 student Clodagh added.

Religious Education Coordinator Lauren Maund said, “the fact that we were all united in some form enabled our students to hear and see a unified commitment to sharing the living Gospel.”

Leadership and ‘Being More’


On Wednesday 24 February, Year 12 students from Catholic secondary schools across the Diocese reflected on leadership and ‘being more’, the theme from this year’s Project Compassion.

James Camden, Director of Catholic Youth Parramatta, told the school leaders. “This is an opportunity to try something new, and a part of leadership is to be creative.”

“People want others to succeed, and we want to let you know that we think you can succeed this year. There’s a huge team, including us, behind you to help and who are willing to support you,” he said. 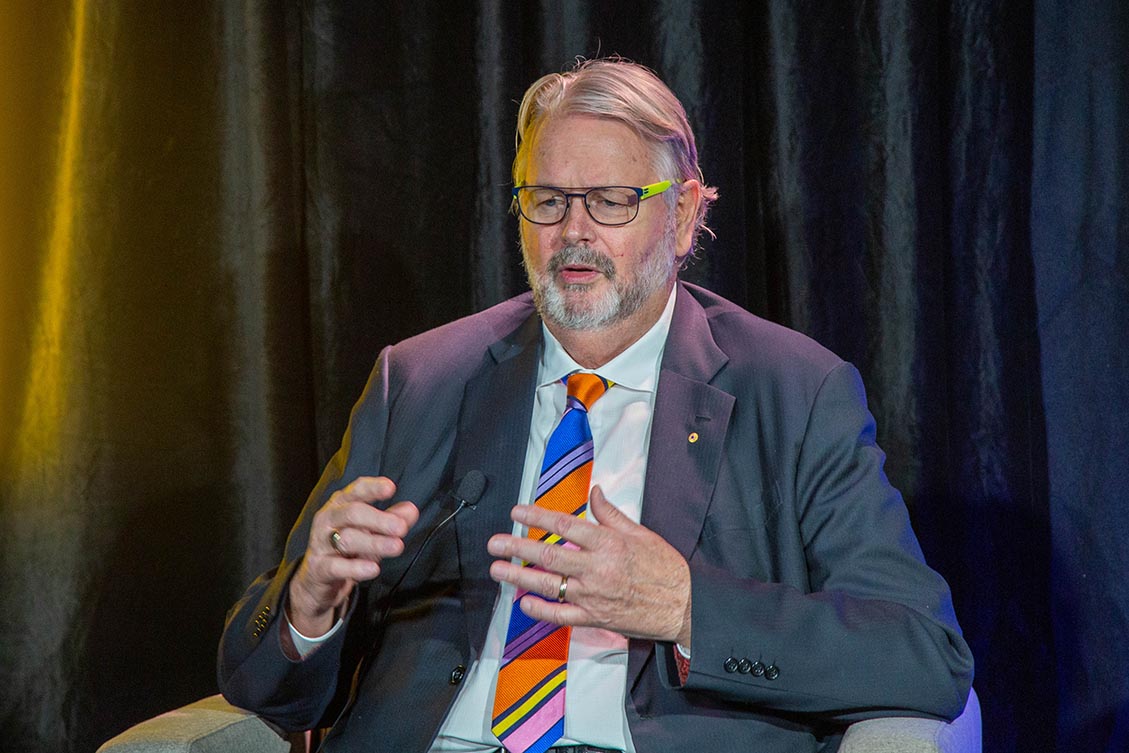 “Our schools and teachers make sure that you are well-equipped to be counter-cultural and offer a prophetic stance, because our world so desperately needs people who can do that.

“Leading for me is a ‘doing’ matter, a continual process and it’s a journey of discovery where you go out into the deep.” 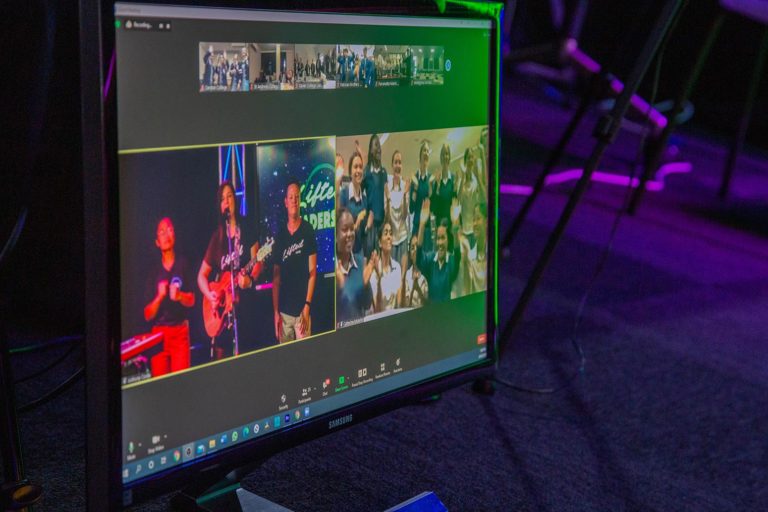 
Students shared some of the leadership team-driven initiatives and goals being pursued in their schools.

Such initiatives included participation in Clean Up Australia Day, creating a group chat amongst the students to share little acts of kindness, and discussing social justice issues over hot chocolates.

Throughout both sessions, the students learnt about Catholic Education’s 200-year anniversary, with Gen performing the celebration’s theme song Faith in the Future.


Young adults were also catered for during the LIFTED week with an “unplugged” reflective session on Tuesday night, which was held at the NOVOTEL Sydney Parramatta. 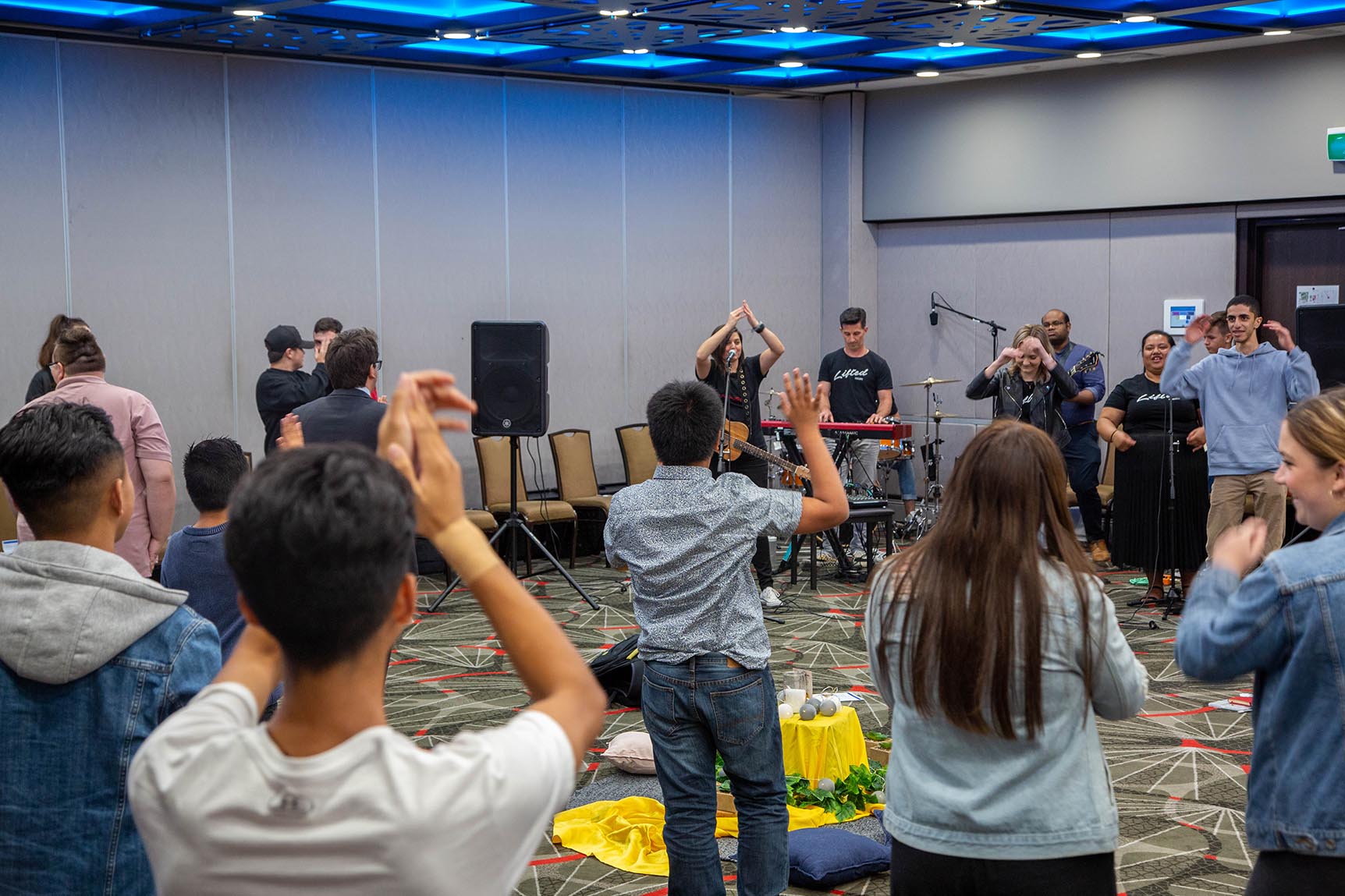 James Camden told the young adults how excited he was that they were there in person, which, for many, hadn’t occurred in months.

“Life has gotten busy again with restrictions lifting, and as we transition into a new reality, tonight gives us a chance to reconnect, a chance to nourish yourself spiritually and to reflect on the words of Pope Francis,” Qwayne Guevara, Local Engagement Leader, Catholic Youth Parramatta, explained.

Young people were given the opportunity for personal reflection on the Gospel story of the Road to Emmaus, as well as small group sharing on the theme of accompaniment.


Learn more about faith based learning in the Diocese of Parramatta

Send us an email